If you're one of the many people searching for the font Chalkboard TTF for free online, you're not alone. The Chalkboard Truetype font is well recognized around the world, but the history of the font itself suggests that it may not be an original font.

It's important to recognize that Truetype fonts are typically copyrighted fonts, and copying or using a licensed font for your own purposes may be illegal. So always check the copyright information for a particular font before you download it from any website claiming to offer fonts like Chalkboard TTF for free. There are actually some resources where you can download the Chalkboard TTF font for free, but it's important to choose your resource carefully or you may find yourself with adware, malware or a computer virus.

What Are Truetype Fonts?

Any font that is referenced as "Truetype" are fonts that were originally created by Apple Computer, but later used by both Apple and Microsoft in their particular computer operating systems. Other companies also created fonts throughout the years, such as Adobe or Corel, and those fonts as well as other licensed fonts are usually packaged and sold as part of a developed software application such as Microsoft Word or Adobe Photoshop. When you purchase the software, you have the right to use those packaged fonts in your documents, images and other creations. What made Truetype fonts unique from other fonts in the 1980s and 1990s was the fact that it was a "scalable" font, meaning that when it's resized, the font doesn't lose its readability or design details. This aspect of Truetype fonts makes them especially appealing in the field of computers where both operating systems and software packages need fonts that are easily scalable.

The Origins of the Chalkboard TTF Font 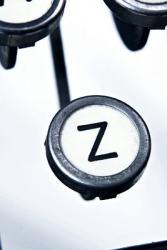 Chalkboard TTF was originally designed by Apple computer in 2003. Apple released the font as a "brand new" font packaged within the new Mac operating system (Mac OS X, version 10.3). It didn't take very long for designers throughout the Internet to scream foul when they speculated that Apple was simply copying Microsoft's Comic Sans font that had become so popular since 1999, when it was first released. Website and graphic designers throughout the Internet scoffed at the new font that was only slightly different, while many others started using the new Mac font and adopted it into their normal repertoire of design and publishing work. In the years since 2003, Chalkboard font also became popular for its much simpler, clean design compared to Comic Sans, as well as its more nostalgic look which many users find appealing and useful.

Whenever looking for free truetype fonts, it's best to realize that the exact original font is never available for free. The only way to obtain such a font at no cost is by downloading fonts that are very similar and offered for free at websites such as available at MyFonts or Search Free Fonts. Most of these fonts are offered by font designers who simply created the font without licensing and offer them for free online. Be careful to stick to the sites suggested here, as the Internet is filled with a very large variety of bogus font websites that will infect your computer with any number of viruses. Also, don't forget, if you have a Mac running an operating system from 2003 or newer, it likely comes preloaded with the Chalkboard TTF font already. If you don't have the font and need additional resources to look for fonts that are similar to the Chalkboard TTF font, check out the following sites.

The potential uses for this style of font are many. From teachers using the font to print out word games or puzzles to authors using the font within stories in order to represent writing on a chalkboard, the options are plentiful and limited only by your imagination. Don't forget to check out other free font resources at LoveToKnow Web-Design.