Displaying patriotic graphics on your website is a great way to show pride in your country. Find out how to make your own graphic elements and show your patriotism in style.

Creating Your Own Custom Patriotic Graphic

Even though there are many free resources for patriotic web graphics it can be very easy to create your own. Many programs are available to help you accomplish this. One such program is Adobe Photoshop which can be downloaded free and used for a trial period.

What follows is an easy tutorial on how you can create a simple patriotic web graphic. This will be accomplished by making a flag wave. The image that you make can be used in conjunction with any website design regardless of the design software you use.

To make the flag "wave" you will need an image editing program such as Photoshop (which the following tutorial is written for) and an image of a flag like the one below which can easily be a Union Jack, Indian flag or any flag graphic that you make (or find that is free) that is free of a background (which could be added later). 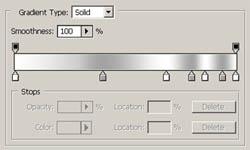 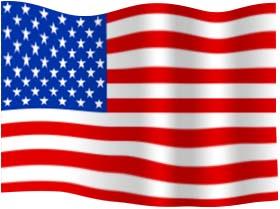 By using the waving flag you just made, you can add other variations to it depending on your country. The following were easily created with the above tutorial in mind:

Not everyone with a computer is a graphics wizard. With that said there are many websites now available that provide free graphics that are patriotic in nature regardless of what country.

American patriotic graphics make a great example due to the tremendous number of them that exist. The patriotism in America is manifested through many different symbols and sayings that have become known worldwide and they include:

Voice your pride in your home country by adding elements that mean something to you and your nation. A Union Jack, for example, could add to a waving flag Tower of London, Parliament or the crown. The same ideas can be added to the Iraq or Afghan flag, Canadian, French as well as every other country in the world. You are only limited by your creativity.