Maybe to the casual user, the type of browser used to search the web is inconsequential, but to the creators of the browsers a lot is at stake. These companies are trying to create an integrated computer experience, increased web searches and the increased ad revenue associated with those searches.

The first casualty of the so-called browser wars was Netscape Navigator, the most popular web browser in the mid-to-late 1990s. At the heart of an anti-monopoly lawsuit filed against Microsoft, Navigator dropped from the browser market almost entirely by 2002. This marked the beginning of the Internet Explorer era, but the landscape continued to change. 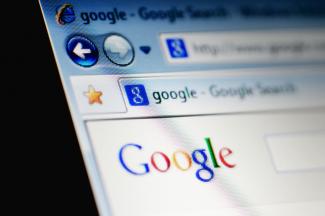 Out Of Its Element

A lesser known, but highly respected desktop browser is Maxthon Cloud Browser. Rated excellent by PCMag and called the "best Web browser you never used," this browser has excellent HTML5 support, is fast and utilizes two page-rendering engines. With innovative features, like nighttime mode and Cloud syncing, it is definitely a browser worth trying.